The Principles of Wa-kei-sei-jaku
Wa-kei-sei-jaku are the principles of harmony, respect, purity, and tranquility; these are the tenets that the tea ceremony is built on. These principles are more important then the actual consumption of tea. Chado also alludes to Japanese arts and crafts, with many of the same aesthetics being used during the ceremony. Chado is inspired by the philosophy of Zen Buddhism and was first introduced to America in the 19th century.

What to expect at a Japanese Tea Ceremony
1. The Host will prepare the space and select tea ware that is appropriate for the season and the occasion. The space itself will reflect the tranquility that is one of the tenets of the ceremony. The fine arts of Japan are reflected in the space through Ikebana (a Japanese way of arranging flowers naturally), calligraphy, ceramics, woodworking, and architecture. These are displayed in a decorative alcove. The room will also be dim to enhance other senses besides sight. The host may be wearing traditional Japanese garb such as a kimono. 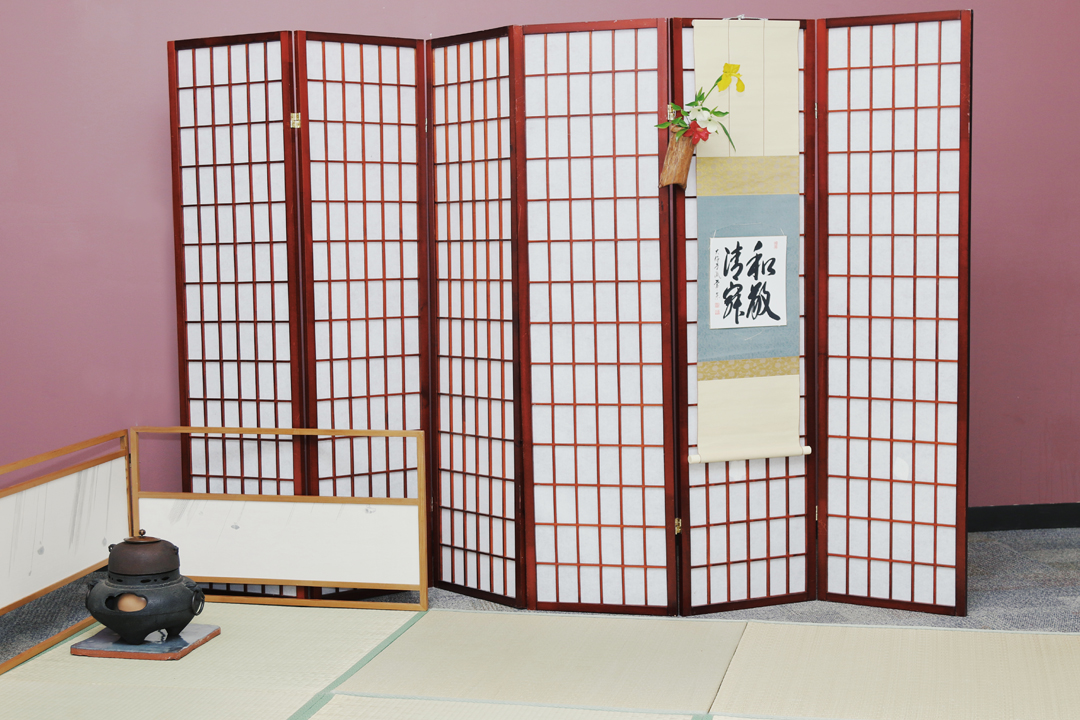 2. The first guest enters and crawls or scoots across the floor, which consists of a reed mat, while pushing their fan in front of them. The first guest is someone who will know how to have proper conversation with the host and will facilitate conversation for the entire group. Guests then arrive and greet the host. The host greets guests with a bow then presents sweets for consumption. Traditional Japanese tea sweets are served to balance out the bitterness of the tea. 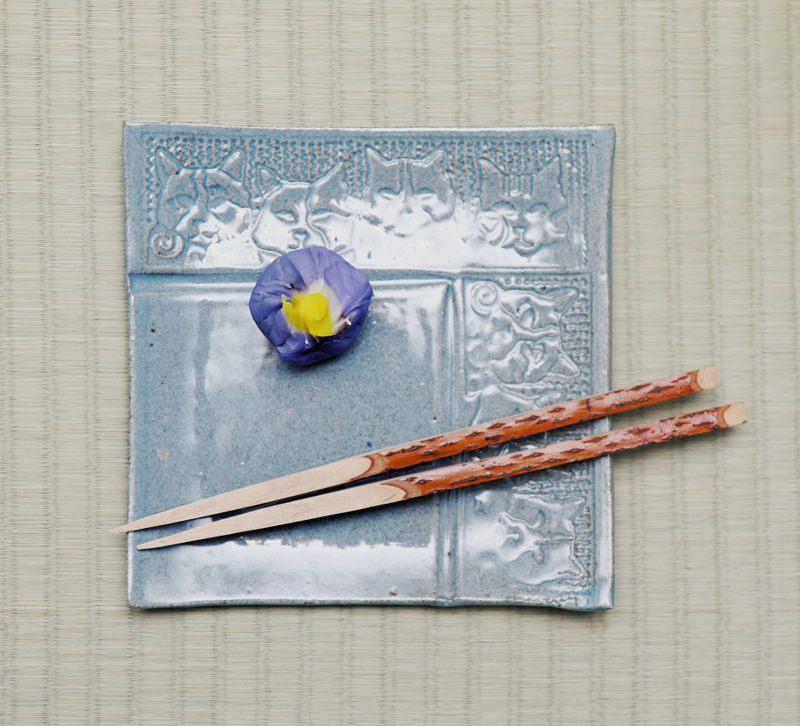 Guests are expected to be reverent of the meditative quality of the ceremony that is about to take place. To facilitate this meditation, guests are left alone before the ceremony to contemplate the beauty of the alcove.

3. Every part of the Japanese tea ceremony is deliberate and occurs in three acts. There are also pre-tea rituals where the tea ware is cleaned and inspected before the actual tea is served. During Act 1 all of the tea utensils are brought in. These consist of chawen (matcha bowls), chasen (matcha whisk), and chasaku (bamboo scoop). These are cleaned in front of the guests thoroughly with hot water then wiped with a cloth kept in the belt of the kimono, prior to tea preparation. The water heater used during the ceremony is usually charcoal. 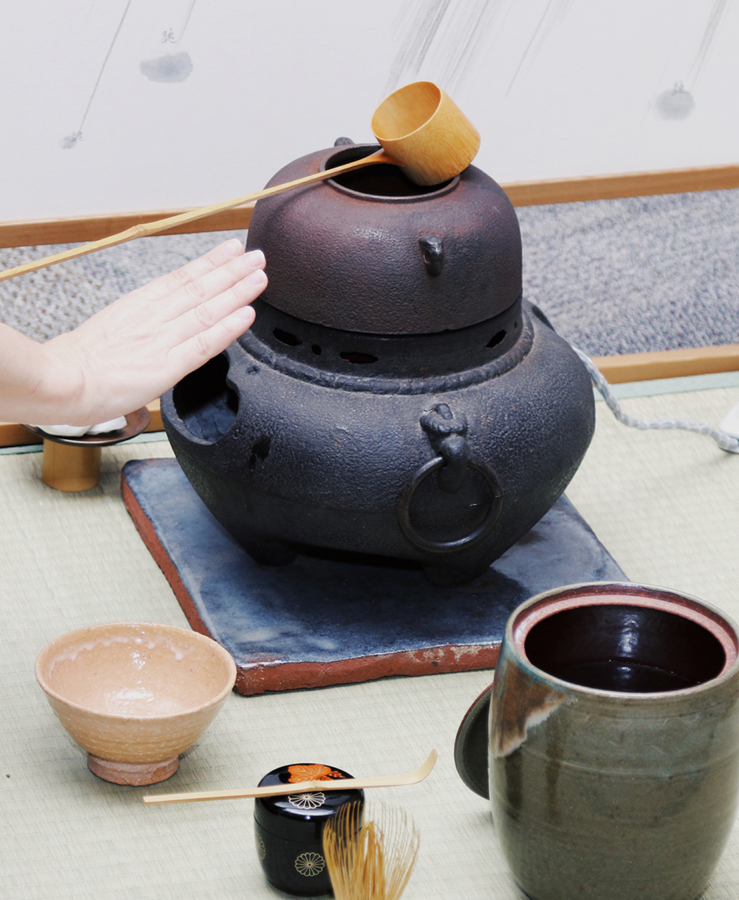 4. During Act 2, the host prepares tea using matcha (a high grade powdered green tea) and a whisk. A bowl is passed to the each guest; the guests consume the tea after turning the bowl precisely to make sure that the front of the bowl is turned towards them while drinking the tea. When finished, the guest will turn to the bowl so that the front is facing whoever is taking the bowl from them. Guests are as much a part of the ceremony as the host; the tea ceremony is not a performance so much as collaboration.

When guests are in the tearoom they drag their feet and their knees to make as much noise as possible. They also spend the entire ceremony on their knees. This is a tradition that developed from Samurai leaders who would call a halt to battle so that the leaders could have tea. The tearoom would have a low ceiling so that the leaders had to crawl in, rendering it impossible to bring their swords in on their backs. This is also why guests are expected to slurp their tea so that the host knows when drinking has begun and ended. A lot of the etiquette in tea ceremony is designed to make everyone feel safe. 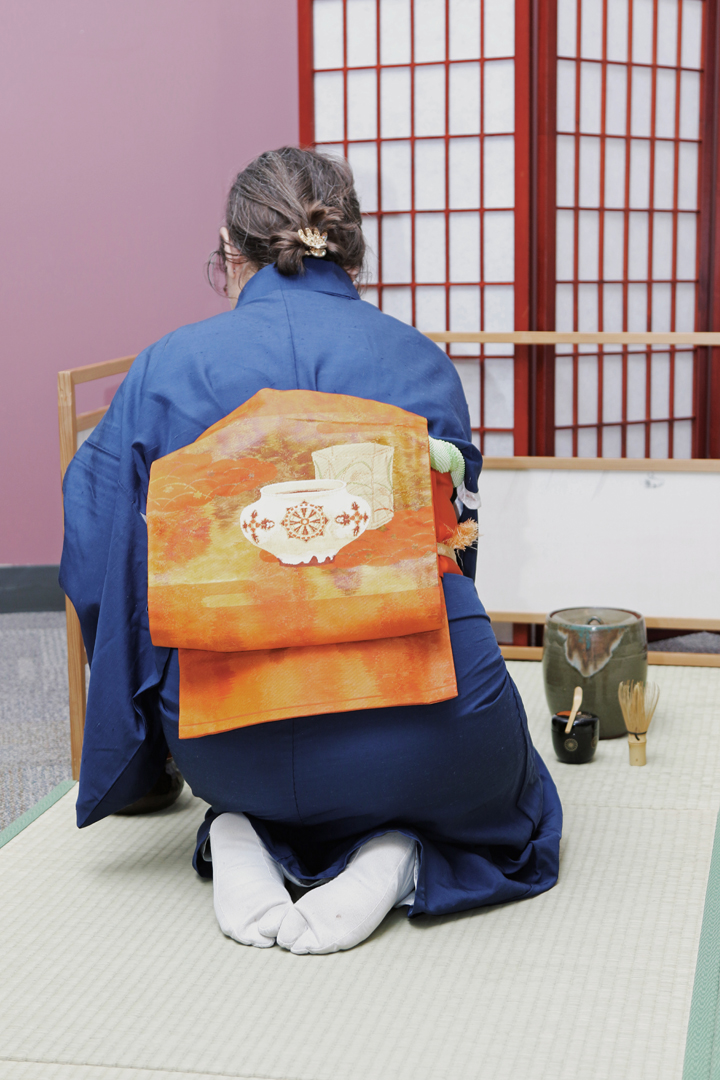 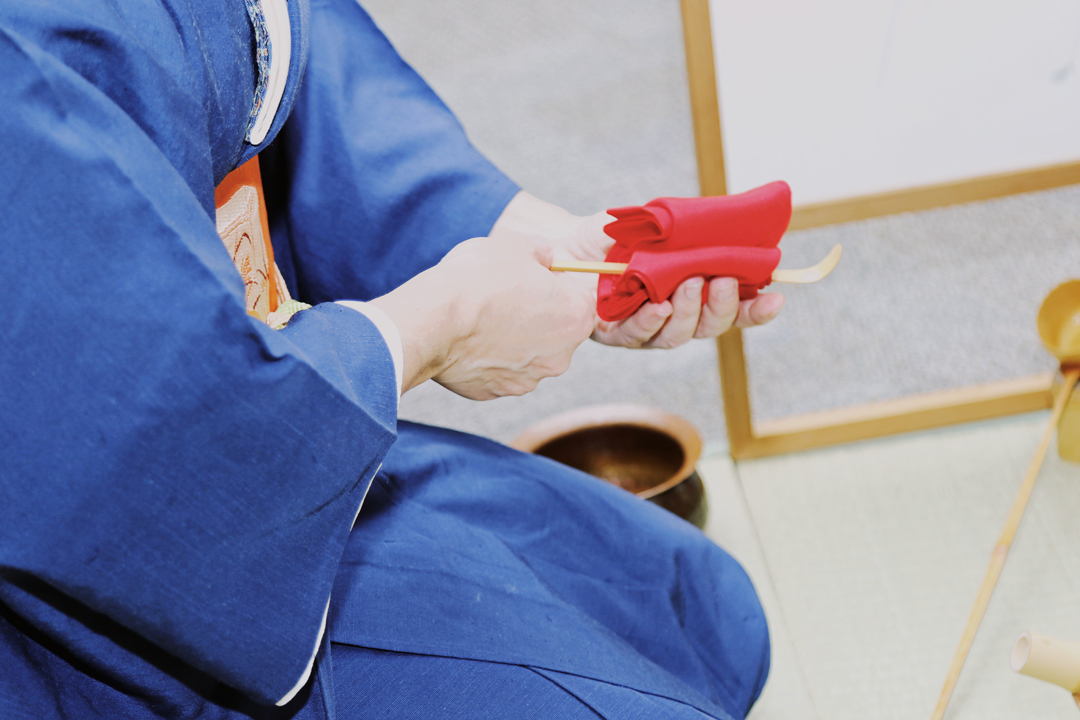 On a recurring basis we are lucky enough to have Margie Yap, founder of the Issoan Tea School, give a live demonstration of this elegant and meditative tea practice. Attendees will be able to watch a tea ceremony in-person and have their questions answered about this very special tradition. Visit our Events page to find out when the next demonstration is.

Marjorie Yap has more than 35 years experience with Chado, the Way of Japanese Tea Ceremony. She studied in Kyoto, Japan at the Urasenke headquarters and received her teaching credentials and tea artistic name, Soya, from the 16th generation Urasenke Grand Tea Master. She has studied with Minako Frady Sensei in Portland, Torigai Sensei in Japan and Bonnie Mitchell Sensei at the Seattle Chanoyu East West Center. She has performed Tea Ceremony at the Portland Japanese Garden and numerous public and private events both in the U.S. and in Japan. She has assisted teaching the Chado and Japanese Aesthetics course at the University of Washington, and was guest lecturer at Portland Community College in Tea Ceramics and Tea Ceremony and Theater at Sarah Lawrence College.

What to Expect at a Japanese Tea Ceremony

Get the latest updates on new products and upcoming sales