About Puerh Tea: a not-so-brief overview

About Puerh Tea: a not-so-brief overview 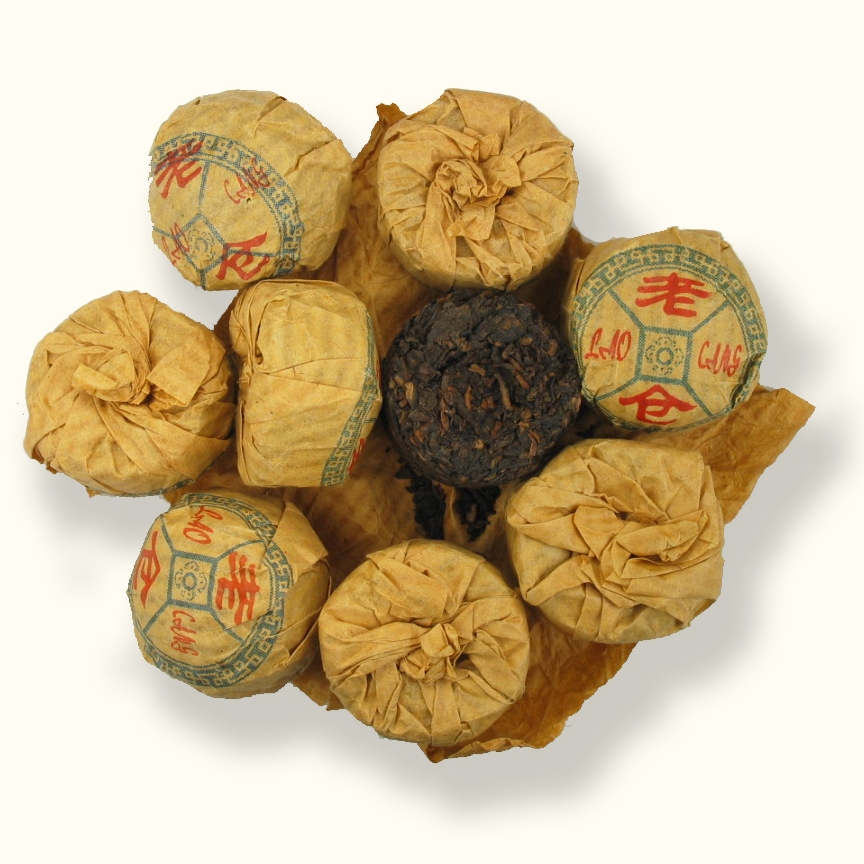 Puerh is a unique category of teas. They are created in the warm, humid, mountainous region of Yunnan in southwestern China. Puerh is divided into two types, both of which we briefly describe here. The results give unique flavors and aromas - deep, earthy, and full. Puerhs may be an acquired taste, but quality offerings certainly have their devoted and enthusiastic following. 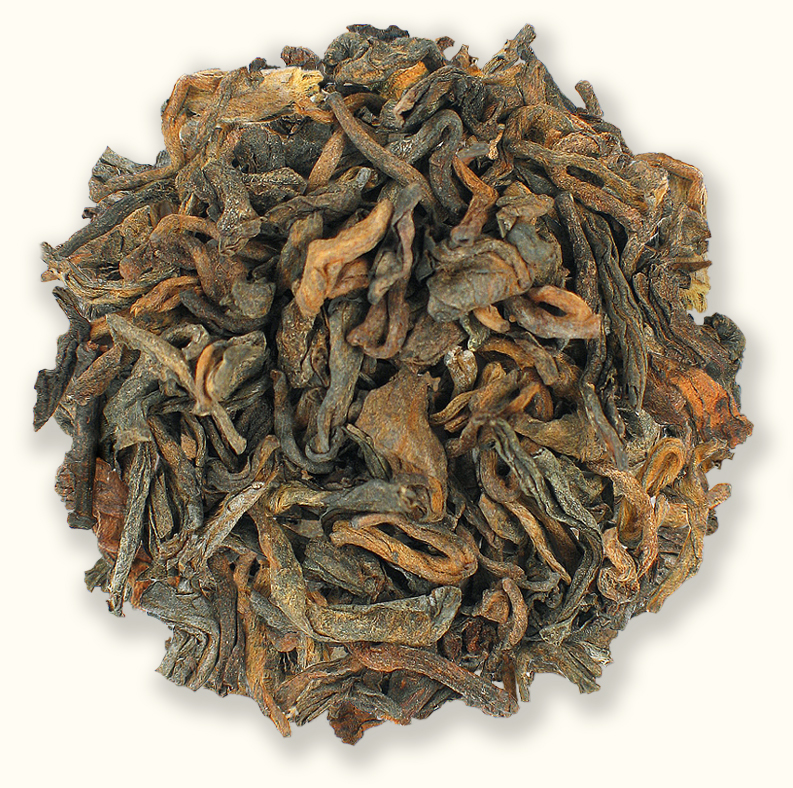 There are two basic Puerh types: 'Raw' (sheng in Mandarin) and 'Ripe' (shou in Mandarin). Both types are made from the same fired, dried green tea leaves, known as 'Mao Cha' in Mandarin. The original form of Puerh - Raw Puerh - is most often seen in its compressed form. This tea is compressed into many forms, but is most often found in cakes, bricks, or small tuocha shapes. To compress the dried green tea, it must be lightly steamed, to render it pliable, so it can then be compressed into one of the many forms. After compression, the cakes, bricks, etc., are then wrapped in a permeable paper cover and stored for 1 - 3 months to allow them to dry. This form of Puerh is known to improve with age, like wine or some cheeses. Some cakes or bricks are highly sought-after due to their factory-of-origin or recipe, with such recipes being secret blends of leaves from different estates or even from wild, ancient tea trees. Indeed, some available cakes are sourced from trees that are 300 - 500 years old! As these cakes age, the tea slowly oxidizes, mellows, and starts taking on new flavors. Tastes such as light camphor, pine, and chestnut, among others, can be noted. Also, the leaves from a good Puerh can be steeped up to 8, 9, or even 12 times! Puerh is best stored away from light in a cool place, stored in it's original wrapper. 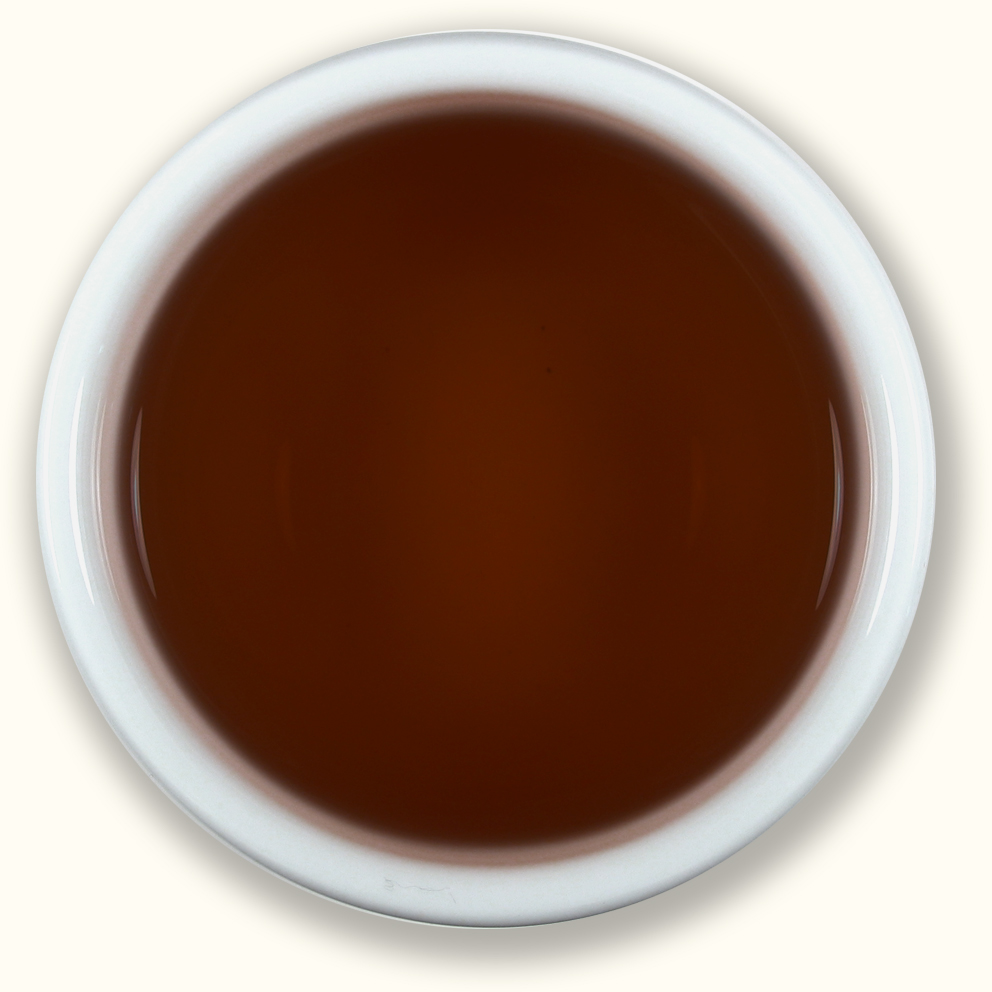 The second type of Puerh - Ripe - starts, of course, with the fully-fired green 'Mao Cha' leaves, which are piled and moistened. Due to the actions of naturally-occurring organisms on the surfaces of the leaves, a fermentation or composting action begins. This composting generates a lot of heat and the tea master must take care to turn the pile every 2 - 3 days so that it does not overheat. Lightly-fermented leaves age better, but harder-fermented leaves are ready to drink quicker. The tea master must weigh several factors - recipe, leaf grade, demand, etc. - to determine what degree of fermentation must be attained and will spread out the leaves to dry - thereby stopping fermentation - once the goal is reached. Fermentation can take 2 weeks to a month. This method of puerh production was only developed in the early 1970s and has been likened to a way to offer the taste of an aged Raw Puerh from very young leaves at a fraction of the price.

Puerh is often collected and aged discs - some from the 1920s, or even earlier, can be quite expensive and tasty. We offer both sheng and shou varieties here. Puerh is a relatively unknown tea here in the west and some of the Raw varieties present flavors that experienced palates readily appreciate. Those who haven't a lot of tea-drinking history may find some of the flavors strong and unusual, but they will most certainly grow on those adventurers among us!

Some of the Puerh offered by The Jasmine Pearl were introduced by Paul Rosenberg, fder of Sacred Tea. Under his supervision and with his cooperation, we began offering beautifully aged teas selected from the thousands of types available. Our selection has expanded beyond those original few types and we will be adding our own, new teas as the months continue. The selections featured on our site are meant to satisfy those new to Puerh as well as those experienced Puerh drinkers.

For more information about Paul Rosenberg, Puerh teas, and the Tea Tasting Sessions that he offers check out his website at heavenstea.com.There, you will also find an impressive selection of rarer and older Puerh teas, as well as Puerh Samplers, for those wishing to explore many varieties of Puerh at once.

Get the latest updates on new products and upcoming sales